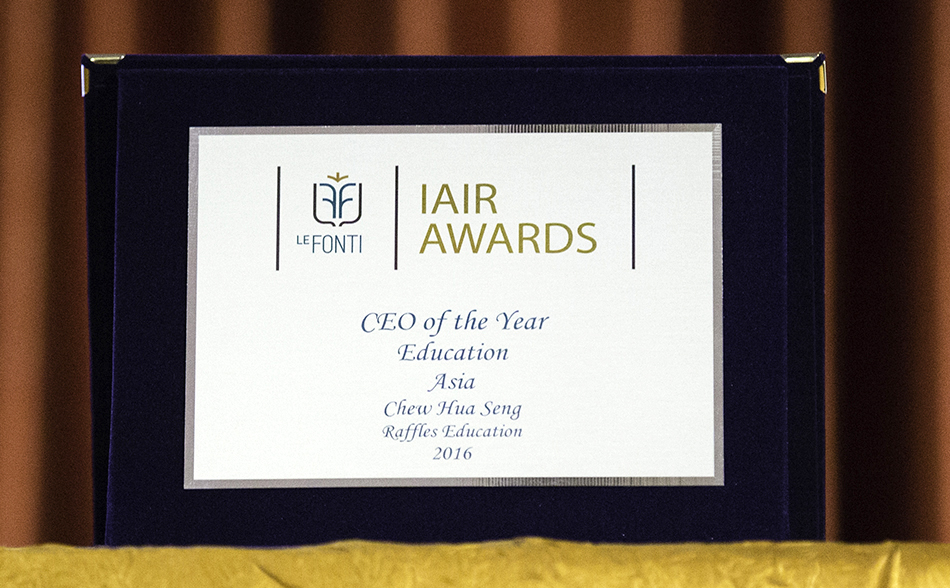 Mr. CHEW Hua Seng emerged tops based on a strict methodology where feedback from opinion leaders are collated such as Marcus Evans, Opal Group and IDC by the IAIR editorial team. An online survey through more than 50,000 readers was also conducted to augment the judging panel’s evaluation. This is the first time that Raffles Education is receiving an award from the organiser as an individual title.