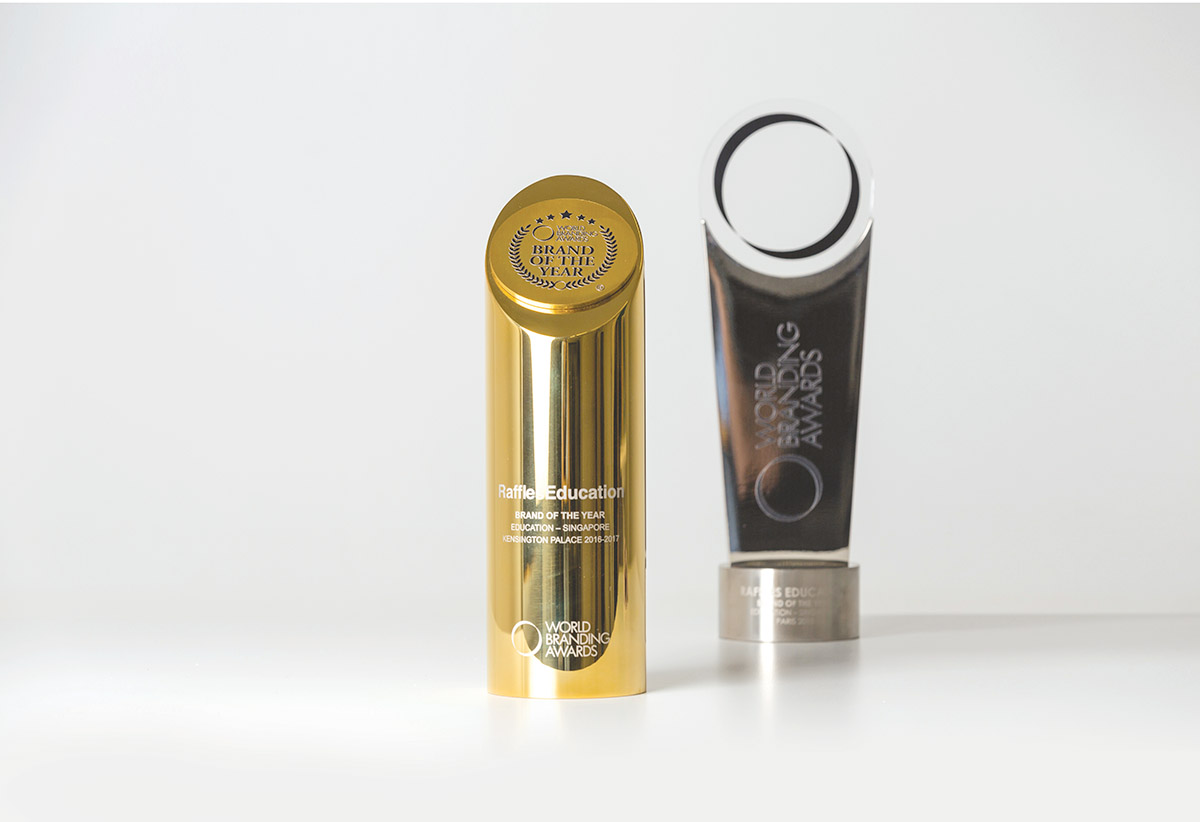 SINGAPORE – Raffles Education was honoured once again at the World Branding Awards as Brand of the Year 2016 – 2017 under the category ‘Education – Singapore’ presented in London on 20 September 2016, following last year’s triumph at the same awards in Paris.

The World Branding Awards 2016 organised by the World Branding Forum (WBF), a global non-profit organisation dedicated to advancing branding standards for the good of the branding community and consumers, was held at the stately Kensington Palace.

The awards ceremony honoured 210 brands from 30 countries in industries as diverse as banking, insurance, fashion, hotel and airline. Some notable awardees this year include Louis Vuitton, BMW, Singapore Airlines, Rolex and Coca-Cola.

Raffles Education was recognised as Brand of the Year 2016 – 2017 under the category ‘Education – Singapore’, which was only presented to the best brands in the world for their outstanding work and achievements. “The Awards celebrates the achievements of some of the greatest brands around the globe. With 70 percent of the scoring process coming from consumer votes, winning brands have managed to build a good trust score with their consumers,” said Richard Rowles, Chairman of the World Branding Forum.

This award is a fitting recognition of Raffles Education’s commitment to academic excellence by providing quality education across our global network of institutions. It comes at a time when we are making successful inroads into the European market where we have already established presence in Nendaz, Switzerland, and will soon be expanding our reach in Milan as our second city on the grand old continent. With this award, we are confident that it will strengthen our role as a premier education group and continue to inspire Raffles students.