Think Out of the Room – Artyzen Hotel Group Collaboration

SINGAPORE – Raffles Singapore was engaged by the Artyzen Hotel/Hospitality Group to design their hotel room after a successful collaboration on the Group’s uniform design!

Raffles Fashion Designers were to design a uniform that was unconventional and different from the traditional hoteliers for Artyzen’s new chain of hotels in Shanghai and Beijing. Raffles Fashion Designers, Ommar YOHANSHA, Timami PREMESI, and Irene ANTONIUS, emerged as the winning team of Artyzen Habitat Uniform Design Project with their smart, minimalist, and approachable design for the hotel host’s outfit!

Check out the new uniform donned by the staff of Artyzen Hotel Group! And keep a lookout for the new hotel room design that sets new standards for new age travellers.

The second collaboration seeks Raffles Interior Designers to design a hotel room which meets the needs and trends of today’s new age travellers. They are encouraged to think out of the box to create a design that is multi-functional and space efficient. Students will be judged based on creativity, design and aesthetics, practicality of the design, relevance, and functionality.

Raffles Singapore wishes our Interior Designers all the best in this competition! 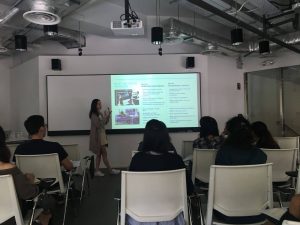 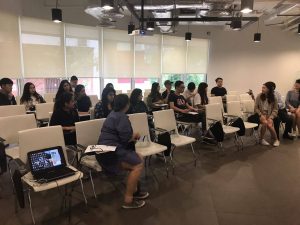