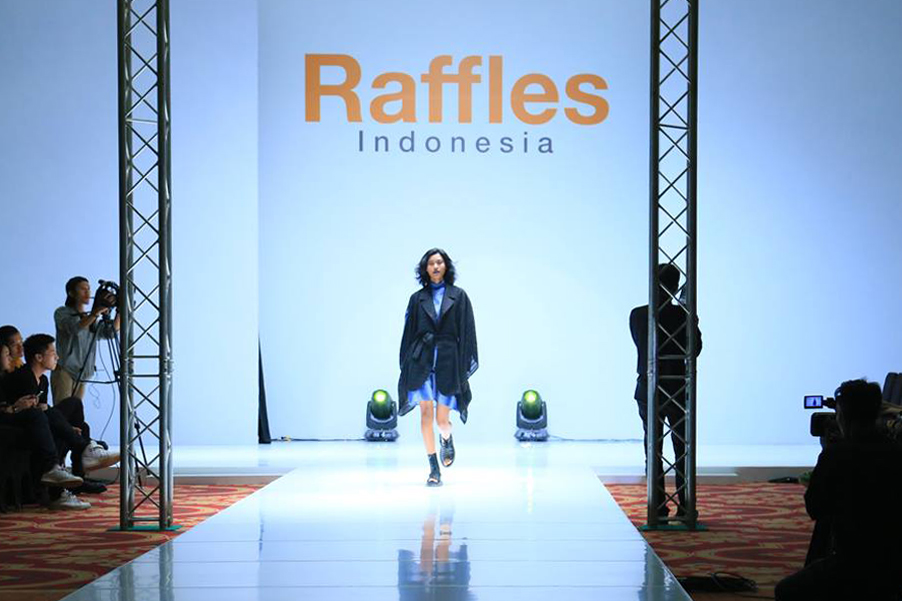 “Transform” from Raw to Brilliance by Raffles Indonesia

JAKARTA – After years of hard work, Raffles Indonesia’s graduates emerged all ready for their next challenge: to be the new generation of cutting-edge designers and professionals. Their works and results were displayed and witnessed by families, prominent designers, key industry partners and numerous distinguished guests at The Ritz-Carlton Pacific-Place, Jakarta on 22 June 2016.

“TRANSFORM” was the theme for the graduation ceremony and it was conceived to embody the Raffles vision of bringing out the best in its students, by taking them from raw to brilliant.

For the first time, Raffles Indonesia was awarded the top prize for the best Booth Display for Fashion Marketing as well as the coveted Best Collection Award. The awards were a great way to celebrate the work, thoughts and effort put into designing and presenting both projects. Hanifia RAHMADIANI received the Best Collection Award for her collection titled “Lost in Translation” while Andrea HAMDAN and Jesslyn Anggasta HARDI were awarded the Best Booth Display for Fashion Marketing.

550 esteemed guests attended the event which included local and foreign VIPs, designers from different backgrounds, business leaders, as well as media and fashion professionals. The Raffles Night 2016 Exhibition took place in the foyer of The Ritz-Carlton Pacific Place and featured the work of the Interior designers, graphic designers, digital media designers and fashion marketers. A furniture collection from the interior designers wowed the crowd for its diversity of inspiration and shapes. Graphic and digital media designers also displayed a video log of their final projects reflecting the final months of their student life at Raffles Indonesia.

Ms Katarina RADINOVIC, Academic Lead for Raffles Indonesia, commenced the graduation ceremony with a welcome speech by encouraging graduates “to evolve and create (their) own future opportunities” while wishing them all the best in their upcoming journey.

35 young designers hailing from the Indonesian colleges presented strong, fun, colourful and sharp creations. Raffles is proud to boast such a variety of talent for this year’s runway show and this proves that the unique teaching of our creative practitioners is able to raise the profile of our students.

The guests were treated to a visual spectacle with models strutting down the catwalk which was covered in architectural prints, handmade wool, bright detail and futuristic cuts.

The night was an eye-opener to the extensiveness of the works from Raffles Indonesia and highlighted the level of talent shown by the Raffles Designers, all of whom embodied the college’s spirit of continuously striving to inspire, to imagine and to innovate. Raffles Indonesia witnessed over 100 fresh graduates for the cohort and congratulates all of them, and wishes them all the best in their future endeavours.